Five Things I Did Today Instead of Writing About The Crucible 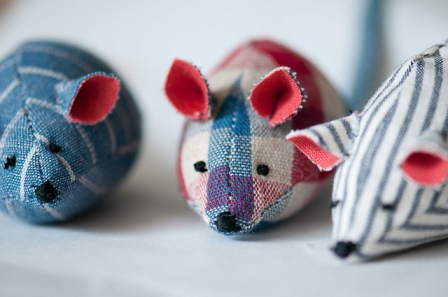 I didn’t write about The Crucible today, although some of the thoughts I had about the play during my morning walk were pretty darned profound. I’m studying the play with the student I tutor, and I’m still trying to make sense of what she said when she finished the play: “You mean none of them are witches? I was hoping that at least a few of them would turn out to be witches. You mean the entire Salem witch trial was just a giant sham?”

Here are some things I did instead:

1. Get myself all worked up about making catnip mice to sell on my Etsy shop. The plan was to sell sets of three mice for $10 per set until I raise enough money to pay for the surgery my cat Emma needs. Later, when I got home, I made one mouse, minus catnip and stuffing because I haven’t purchased any yet. Sat there and looked at the mouse and said, “Oh, good. Only 1,499 more to go.”

2. Read the first twenty pages of A Room of One’s Own for what I think is the first time. I may have half-heartedly trudged through it when I took literary theory in college – not sure. But it’s wonderful, of course – not least because it uses the word “rootle,” twice (apparently it’s a thing that pigs do) – and I’m looking forward to the rest.

3. Was told by a Silicon Valley seven year-old that “sometimes the Tooth Fairy contracts out to Amazon.”

5. Drove home in daylight – real, pure, brilliant daylight made golden by the sun’s reflection off the ocean just beyond the hills. Remembered that even in this wussy northern California climate, sometimes the truest way to spell “victory” is S-P-R-I-N-G.

More to come on The Crucible soon – and maybe on the catnip mice too!

This entry was posted in Book-related personal narratives. Bookmark the permalink.