Final Thoughts on Jonathan Lyons’ The House of Wisdom: How the Arabs Transformed Western Civilization 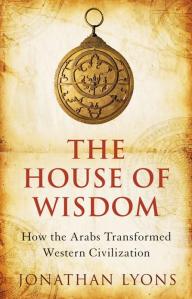 The anti-intellectualism of early Christianity makes me genuinely angry. This anger dates back to my reading of Charles Freeman’s The Closing of the Western Mind: The Rise of Faith and the Fall of Reason in the winter of 2012, but it was reawakened by The House of Wisdom, which, in spite of my anger, I enjoyed. If your medieval theology is rusty, the short version of the story is that the early Christians were influenced by neo-Platonism, which said that everything we can observe in the physical world is just a pale shadow of the “real” and “eternal” world of forms. In 1 Corinthians, Paul promises to “destroy the wisdom of the wise,” and a couple hundred years later Augustine watched his city sacked by “barbarians” while writing his own treatise against the physical world and in favor of the eternal. If you believe that the world you see around you is corrupt and that your own senses are unable to lead you to truth, I suppose it makes sense that you would not want to study the physical world – but still. It’s true that our senses are imperfect and that sensory perception can lead to misunderstandings, but our senses are what we have. The idea of faith as something separate and distinct from – not to mention superior to – the senses makes absolutely no sense to me.

For example, the medieval Christian determination to resist studying the physical world is the brains behind this little operation, known by scholars as the T-O map: 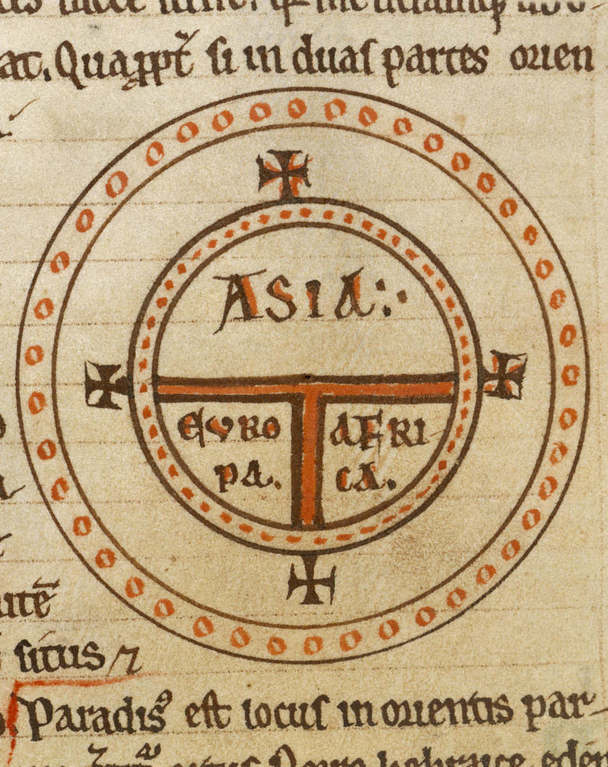 The T-O map is what passed for world geography in early medieval Europe.  The “T” shape is the Mediterranean, and if you imagine that you’re in Gibraltar and facing east, you’ll see that Europe, Africa, and Asia are in approximately the correct positions relative to one another. But seriously, they didn’t know that Italy was a peninsula? That England existed and was an island? This map was the brainchild of Isidore of Seville, who lived in the 6th century A.D. Norse sailors were crossing the Atlantic in the 6th century. The collapse of the Roman empire and the hegemony of rival “barbarian” kingdoms made overland travel so unsafe that most people stayed put. As someone who’s afraid to cross the desert on I-10 when it’s windy, I can’t exactly quibble with this form of self-preservation. But the deep distrust of established learning (and refusal to use the senses to observe the physical world) that accompanied this temporary hiatus in overland travel was deeply destructive to European culture.

Jonathan Lyons’ The House of Wisdom: How the Arabs Transformed Western Civilization is about what happened east of Greece and Turkey during these same years. Lyons’ primary emphasis is the Abbasid Empire, which was based in Baghdad beginning in the 8th century, a period known as the Golden Age of Islam. The book also covers the Umayyid Empire, which was based in Spain during the same period of time, and its central thesis has to do with the importance of a small handful of Europeans who reached out to the Islamic empires in hopes of re-igniting the ancient Greek knowledge that their own ancestors had abandoned. Lyons spends time on such figures as Adelard of Bath, King Roger II of Sicily, Gerbert d’Aurillac (who later became Pope Sylvester II), Siger of Brabant, and others.

Just as an aversion to the physical world was implicit in early Christian teachings (though NOT in the teachings of Christ), some aspects of Islam made the Arabs of this era especially attuned to science. While Christianity saw disease as a divine punishment meant to be stoically endured and urged believers to welcome death as a chance to escape the physical world, the Koran emphasizes the duty of all people to heal the sick and prescribes hygiene practices that – even in the absence of germ theory – led to a high quality of public health unheard of in Europe in this era. The Arabs also recognized that skills like celestial navigation and technologies like sundials had to be adjusted based on one’s position on the globe. When sundials did make it to Europe, Europeans dismissed them as useless because they were calibrated to tell time at a widely different latitude. Similarly, when Adelard of Bath and other travelers brought Arab farming techniques back to Europe, these techniques failed because Europeans did not know that agricultural methods must vary based on location and climate. Lyons also lists many discoveries that the Arabs made using what we would call the scientific method – a mode of thinking that requires skepticism and an attention to detail that Europeans wouldn’t rediscover until the late 17th century.

This book is full of other Arab developments from this era: the astrolabe, algebra, and the literary technique known as the framed tale (which later gained fame in Europe as the narrative device of Chaucer’s Canterbury Tales and Boccaccio’s Decameron). Avicenna’s canon of medicine; the philosophical and mathematical advances of Averroes. The Arabs of this era performed cataract surgery and invented deodorant. They brought Arabic numerals to Europe. (Think that’s no big deal? Try doing higher mathematics using Roman numerals.) The Arabs also spent serious time considering “the eternity of the world,” which is basically the idea – grounds for excommunication in medieval Europe – that the world has always existed and will continue to exist forever.

But enough. I seem to be writing a summary – and an emotionally charged one at that – instead of a review. With a little help from the confirmation bias, I enjoyed this book. And I hope you will too.

3 Responses to Final Thoughts on Jonathan Lyons’ The House of Wisdom: How the Arabs Transformed Western Civilization