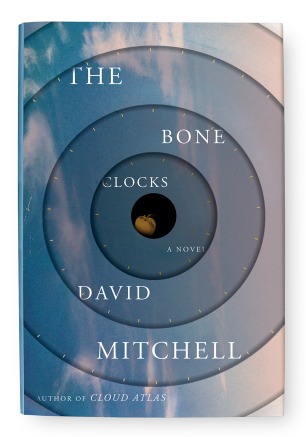 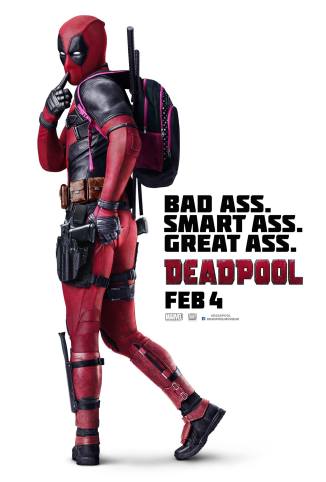 Do you guys remember those posts I wrote last year about things I was doing while I was supposed to be reading Richard Powers’ Orfeo? I have a bad feeling I’m going to be writing another series of those while I’m supposed to be reading The Bone Clocks. Tonight, in honor of the ridiculous secular tradition known as Valentine’s Day, the husband and I went and saw what was quite possibly the most violent and most hilarious comic book movie ever (and we have seen most of them). Which one do you think I’m talking about? That’s right. Deadpool. Ryan Reynolds is amazing. It’s like the role of a smart ass mercenary turned hideously disfigured revenge killer was written specifically for him. It might have been, I’m a fan of comic book movies in general and Marvel movies in particular, but I’m not a zealot. I am too much of a fantasy generalist to get wrapped up in one particular genre. Besides, right now I’m focusing on Doctor Who, and don’t have room in my short term memory for extraneous Marvel trivia.

But anyway, I read a little yesterday and the narrator of Part II of The Bone Clocks is sort of a douche-y undergraduate at Cambridge named Hugo Lamb, who spends most of the first thirty pages of his section (which takes place in 1991, also known as one of the last years in college campuses everywhere when the Internet was not a thing) being douche-y with his douche-y friends on the last night of the term before Christmas break. He meets a woman named Immaculée Constantin, who I suspect is the person who is responsible for putting another consciousness into Hugo Lamb, but I haven’t gotten that far yet, and I don’t want to fill my posts about The Bone Clocks with too many spoilers. So far, I far prefer Holly Sykes to Hugo Lamb, but I’m hoping that he grows on me. I’m not even halfway through Part II yet.

That’s it for tonight. I’m hopped up on Coke Zero from the movie and I want to use this late night caffeine buzz to get some reading done.