Brief Update on David Mitchell’s The Bone Clocks (by Jill) 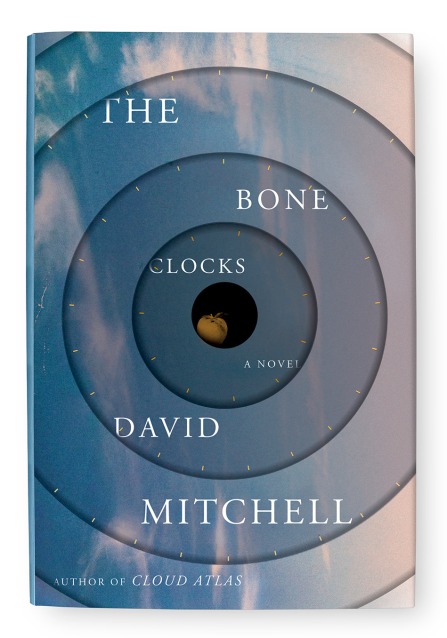 I did not make as much progress on The Bone Clocks over the past two days as I wanted to, but I think that with this book it might be better to proceed in a slow and steady manner so as to not miss important details. I get the impression that tiny, seemingly unimportant stuff is going to have incredible impact later on in the book. I just finished Part I of the book, and where we leave Holly Sykes is fifteen and probably pregnant. The only “weirdness” that has happened so far is that Holly meets up with a couple of socialists, and goes back to their house for brunch. The couple ends up dead in the back yard, and all of a sudden there is a strange man in the house who starts asking Holly bizarre questions, like “’Which one are you? Esther Little or Yu Leon Marinus? (60)’” He also calls her a “Horologist,” and makes references to “Carnivores.” She manages to get away from him only to find herself back at the bungalow talking to the reanimated corpse of the woman whose house she was visiting, who is now someone named Marinus, which is coincidentally also the name of Holly’s childhood psychiatrist. And then, the corpse of the other person who lives in the house also starts to talk. And he makes a strange request: he asks for asylum inside of her, and promises to redact her memories of this troubling interaction and says that he will hide deep inside her consciousness, so she won’t even know he’s there. Holly surprisingly says all this is fine, and touches his forehead as directed, and then finds herself back where she ran into the socialists with no memory of ever meeting them, and no memory that there might be someone living inside her head.

Part I ends when Holly’s friend Ed Brubeck turns up at the farm to tell her that her little brother Jacko has gone missing, and people think that she took off with him, so no one is looking for him, so she needs to come home to prove that Jacko isn’t with her.  Holly loves her brother, so she heads out with Ed.  There has been mention earlier in the novel of Jacko being “different” from other kids, so I think there’s a really good chance he may have someone living inside his head, too.  But I think we’ll learn more about him later on.

And that’s the end of Part I. Part II starts with a different narrator, a guy in his early twenties who lives in Cambridge and who starts to talk to a beautiful woman in a museum and all of a sudden has lost two hours of his life. I wonder if he has a stow away in his brain now, too…  More later.