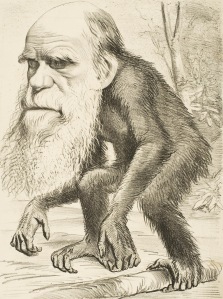 I’ve spent a good chunk of my time these last few months avoiding articles about Game of Thrones on social media. Every Monday morning while Season 5 was still airing, my Facebook feed overflowed with outrage about the violence and depravity in the previous evening’s episode, but I’ve been determined to imbibe this series – on the page and on screen – at my own pace. One Washington Post article that was difficult (though possible) to resist was titled “Game of Thrones Has Always Been a Show about Rape.” The article is here, though I still haven’t read it. About rape? I wondered. I was somewhere near the end of book 1 when I saw this headline. Both the novels and the series contain rape, sure, but when does a show that contains rape become a show about rape? I was skeptical.

Some time has passed. I’ve finished A Storm of Swords and have watched eight of ten episodes of Season 3 of the series, and I think I get it. It helps that A Storm of Swords contains a catchy song called “The Bear and the Maiden Fair,” which is a song about rape, and that the TV series, which does an excellent job of distilling each book into ten distinct episodes, each organized around a central theme (Is this series taught in film schools as a model of adaptation? If not, it should be), and that “The Bear and the Maiden Fair” was used as the title of an episode. I still don’t think it’s entirely correct to say that Game of Thrones is “about rape,” but I do think that rape is an integral component of another process that this series is about.

Am I really going to say this on the internet? You’re going to think I’m nuts. But here goes: I think the Song of Ice and Fire series is about natural selection.

Sex (and by this I mean heterosexual coupling, consensual or otherwise) is the engine that drives evolution. Much of the behavior of living things (ourselves included, with a few caveats) is meant to make sure that organisms reproduce before they die. In most mammals, reproduction is driven by instinct, is not especially pleasurable, and resembles the act that – when humans do it – we call rape. This element of force in sex is essential to natural selection. An individual cow may not enjoy being overpowered by a bull and impregnated with his semen, but her species wants it. When female mammals are forcibly impregnated by the males of their species – who presumably have fought off any number of other males intent on the female in question – the genes of the stronger, more aggressive male are passed along to the next generation. Similarly, robust females are more likely then weaker specimens to survive the trauma of pregnancy and birth and will tend to produce more offspring than their more delicate counterparts will.

Human beings, of course, have changed the game. The tiny adjustments that natural selection has made to our physiology over the millennia have given us the tools and brainpower we need to turn sex into something other than a blind, instinctive process. We can manipulate our own reproduction more adeptly than any other species, using technology as basic as the condom and as complex as in-vitro fertilization, and we expect sex to be both consensual and pleasurable for both parties. While sexual feelings are as innate as ever, what was once a set of instincts on how to reproduce is now superseded by endless books on the subject, not to mention sex ed curricula in schools, religious prescriptions and proscriptions, stores full of oddly-shaped rubber gadgets, and entire Twitter feeds rising up in outrage against Todd Akin. And then there’s the rest of the internet. Don’t get me started on the rest of the internet.

A Song of Ice and Fire is set in a fantasy world that melds medieval Europe with some kind of weird Jungian nightmare about the tension between “self” and “other.” On the one hand, the struggle for power among the five competing monarchs (fewer than five if you discount the ones who have died as of the end of A Storm of Swords, more than five if you count Mance Rayder and Balon Greyjoy) resembles medieval Europe in general and the history of the Plantagenet kings on England specifically (when I was reading A Game of Thrones, I spent a good deal of time trying to figure out which character was supposed to be Richard III. Then I gave up. They’re all Richard III). The downward pressure upon Westeros by the “wildlings” and “Others” resembles medieval England’s anxiety at the incursions of the Welsh, but it also resembles the barbarians at the gates of Rome, the Mongol invasions that led to the building of the Great Wall of China, and the legions of diseased, murderous psychopaths that Donald Trump and his ilk seem to think are pressing constantly against our own southern border. Most human communities have been prone to these sorts of anxieties. The walled, fortified city seems part of the universal subconscious. Replace the word “wall” with “symbolic hymen” and see where the free association takes you.

The word “rape” comes from the Latin verb referenced in this essay’s title – rapio, rapere, rapui, raptus sum, which means “to seize.” Elsewhere in our language, this root is found in raptor (both bird and dinosaur, named after their aggressive hunting practices), rapt, rapacious, and rapture (in both the capital-R fundamentalist Christian sense or in the sense that one is seized by passionate emotion). For all but the tiniest crumb of human history, sex (and its euphemism: marriage) has been an act of physical seizure (consider the standard portrayal of prehistoric sex: the man clubbing a woman over the head and dragging her off to his cave) and/or of nonviolent-but-nevertheless-forceful seizure (think of all the marriages that have been the result of negotiations among sets of parents, back-alley dealings by matchmakers, the elitism and xenophobia of European monarchs (including Queen Victoria, whose life extended into the twentieth century), and outright silliness by semi-mythical figures like Laban and Saul in the Old Testament. The Greek gods deserve a paragraph all their own on this topic, and even Shakespeare seems to recognize this central anxiety on the subject of marriage: think of all the random – and sometimes even punitive – marriages that take place at the supposedly-happy endings of many of his comedies.

In A Song of Ice and Fire, rape is treated with yawns of ennui. George R.R. Martin likes to bury rape in the middle of lengthy catalogues, as in this example from A Storm of Swords, in which Grenn is speaking of Sam Tarly: “We left him… I shook him and screamed at him, even slapped his face. Giant tried to drag him to his feet, but he was too heavy. Remember in training how he’d curl up on the ground and lie there whimpering? At Craster’s he wouldn’t even whimper. Dirk and Ollo were tearing up the walls looking for food, Garth and Garth were fighting, some of the others were raping Craster’s wives. Dolorous Edd figured Dirk’s bunch would kill all the loyal men to keep us from telling what they’d done, and they had us two to one. We left Sam with the Old Bear. He wouldn’t move, Jon” (667). Elsewhere, rape is treated with sarcasm, as when, during the Battle of the Blackwater in A Clash of Kings, when the women of King’s Landing are waiting out the battle in a secured part of the castle, Sansa asks Cersei Lannister what will happen if Joffrey’s forces lose the battle. “Most of my guests are in for a bit of rape,” Cersei replies. “And you should never rule out mutilation, torture, and murder at times like these” (846).

This trivialization of rape becomes even more fascinating alongside the fact that this series is an enormously popular cultural phenomenon in a time and place where we (remember my definition of “we,” above) have exactly zero tolerance for rape or sexual assault of any kind. Rape has been a topic of discussion in the last several presidential elections – as a subset of a larger debate about abortion, yes, but have you ever thought about how strange this topic is as part of a larger political discourse? I can’t say for sure, but as far as I recall I myself learned what the word rape meant during the whole Willie Horton scandal (“If your wife Kitty were raped and murdered…”) when George H.W. Bush and Michael Dukakis were running for president in 1988. I was twelve. Is it possible to make it to twelve today and not know the word rape? Maybe, but it seems unlikely.

My theory is that, as a species, we carry around a certain survivor’s guilt about how we ascended to the pinnacles of the literal and figurative food chains. To the extent that this guilt is part of our conscious thought, it was put in place by education and by life experience. However, I think this guilt is part of our collective unconscious too, and can afflict even those who don’t understand (or who were born long before Darwin’s discovery of) the principle of natural selection. This guilt may even be part of the reason that so many people are still so virulently opposed to Darwin’s theory of evolution in spite of the preponderance of evidence in its favor. We achieved our near-dominance over most of the other life forms on earth (we’re still working on a few viruses and bacteria) through an impossibly gradual process of genetic change, and for this change to work, the strongest and most assertive males had to make it to the fertile females before their weaker counterparts. Viewed from a distance, natural selection is elegant and subtle. Viewed from up close, however, it looks a lot like an episode of Game of Thrones. We raped our way to the top, you and I.

George R.R. Martin’s series both is and is not about human history. For all its wargs and wights and dragons, this series has a good deal to say about how human beings achieved their dominant status over creation as a whole. The fact that the people of fictional Westeros are also afflicted by an extreme form of climate change is rarely discussed in detail (at least in the first three books) – the characters accept the inevitability of their unusual weather without question – but by putting climate change on the page, Martin seems to be asking us to consider our current plight as destroyers of the earth in the larger context of our history as its conquerors. As outraged as my Facebook feed was every Monday morning during Season 5, I think part of the reason for the show’s popularity (alongside its characters, which really are wonderfully complex) may be the fact that it gives us glimpses of the violence that most of us shy away from ever contemplating – the millennia and millennia of violence that somehow, ironically, led to my birth and yours within the sterile white walls of hospitals in our comfortable post-Darwinian world.