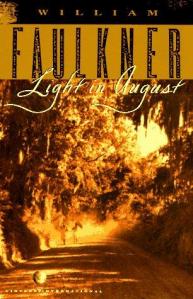 I have only been to Oxford, Mississippi once. My friend Tara and I arrived early on a hot spring afternoon and began to circle around the city’s iconic square, eager to eat some good food and browse in the famous Square Books. That day at an Italian restaurant close to Square Books I ate the best bread I have ever tasted in my life – hot from the oven, speckled with rosemary and dipped in warm olive oil. I could go on and on about that bread. But you didn’t come to Postcards from Purgatory to read about a piece of bread I ate in 2002, now, did you?

I was driving, and as I looked both ways to check for oncoming traffic before entering the square, I said, “Hey, look. A Confederate flag.” I noticed the flag moving rhythmically in the air near the cannon at the center of the square. Tara and I lived in Arkansas at the time, and Confederate flags were not particularly unusual things to see – but still they were controversial, and Oxford was supposed to be a fairly liberal town.

Tara squinted to get a better look. “I think it’s being waved by a black man,” she said. We turned around the opposite side of the square, parked, and took a better look. Sure enough. A black man – well dressed, middle aged – was holding the flag by an enormous staff and using his entire body to wave it from side to side, slowly, rhythmically. He needed both hands to manage the huge staff but did occasionally risk taking one hand off the pole to wave at passers-by.

This moment epitomizes the complexity with which Faulkner’s novels treat race. I honestly think that race is the most complex issue that we have to deal with in this country (with religion and money being next on the list). Why was that black man waving the Confederate flag in the Oxford town square? Did he lose a bet or take a dare? Was he trying to make a political statement of some kind? Was he trying to “reclaim the means of oppression” in some way that is psychologically related to the use of the n-word by some African Americans? Was he crazy? I don’t know, but Faulkner could have written a novel about that guy for sure.

That said, my relationship with Faulkner is definitely of the love-hate variety. When we read Light in August in AP English, I – as usual couldn’t see the trees for the forest. I was way too busy imbibing larger ideas and theories about radical isolationism (I remember Fr. Murphy telling us that Joe Christmas is an “isolato,” a word that I have never heard in any other context before or since – and I went to college for a long time, folks) and – well, just radical isolationism. I don’t remember talking about anything else but radical isolationism when we read this book. The phrase “radical skepticism” sticks in my mind too, but I think that was from philosophy class (which was also taught by Fr. Murphy).

On a related idea: I don’t think anyone under thirty should be allowed to hear or use any word that ends in “ism.” There’s something about the adolescent and young adult brain that completely shuts off after it hears an “ism” word. It thinks, “Well, now I know everything I need to know about this topic – I certainly don’t need to remember any specific details!” If I were still a department chair, I would totally make this a rule.

Here are a few other things that I remember: There’s someone named Lena who is pregnant and wandering around. I’m not sure if there’s supposed to be some no-room-at-the-inn symbolism surrounding her or not (my gut instinct says not, even though it seems as if there should be). And there’s Joe Christmas, an orphan, who is mixed-race and therefore is rejected from both black society and white society in the segregated south. I remember that he spends time in an orphanage (maybe more than one orphanage?) and is also adopted and taken home at least once by a family that isn’t nice to him – because they really don’t want a child but a servant or slave.

And this leads me to the part of the novel that I really remember: there is a whipping scene in the novel that made Fr. Murphy throw up! I’m totally serious. And I remember that it wasn’t even that graphic as whipping scenes go; on the contrary the man who is whipping Joe Christmas is totally cold and stoic and clinical and calculating, as is Joe Christmas when he receives the whipping – and I think now that it was this dispassionate narration that makes the scene so emotionally powerful (well, duh – but I didn’t understand that at the time). And Fr. Murphy was reading the scene out loud and we were discussing it and all of a sudden he was lunging for the garbage can. And trust me, I will never EVER forget the whipping scene in Light in August.

(Another thing I would say more often if I were still a department chair: “Could you try to work on vomiting in class more often? How do you expect your students to remember anything you say otherwise?”)

When I was in graduate school, I took an independent study course on Faulkner and read about 10-12 of his novels (including Light in August) over the course of the semester. By this point in my education, I had mostly gotten over my slacker phase, and I did read everything that I was assigned. But the independent study went like this: I read the books at home. I didn’t annotate them. (Why? I don’t know. I know that by this point – my last year of grad school – I had figured out that I couldn’t teach adequately from a text that I hadn’t annotated, but apparently I hadn’t made the connection that perhaps I could be a better STUDENT if I annotated. Why in God’s name do these lessons take so long to learn??). Then I went to my professor’s office and said, “I don’t get it.” And then I sat there and took notes while he explained the books to me. And even as I write this I realize that I am mostly exaggerating – I think the only book that I truly needed to have explained to me in minute detail from start to finish was Absalom, Absalom! – but I also think that during that semester I developed a bit of a Faulkner phobia. I did really enjoy The Sound and the Fury, but everything else… I don’t know.

I will say this, though: I have a lot of confidence that I’ll appreciate this novel much more now than I did in 1994. I don’t think that’s true about every book we’ll be reading – I would more or less be willing to bet money that I won’t appreciate Henry James any more now than I did at seventeen – but I think Light and August is different. I can’t say why exactly, but I think I’ll pick up on a lot of things that I didn’t pick up on the first or the second times I read it. And I’m looking forward to rereading it.

I also want to say that even if Faulkner had never written anything else except the name Joe Christmas, he would still deserve his Nobel Prize. I don’t know why exactly, but I think it’s the best name in all of literature (OK, maybe the second-best, after a certain Bible salesman in a Flannery O’Connor short story).

1 Response to The AP English Challenge, Month #3: Pre-Reading Notes on Faulkner’s Light in August (by Bethany)